All of us with Leake & Andersson LLP are deeply saddened to announce that Robert “Bob” E. Leake, Jr. passed away on the morning of March 16, 2022, a few months after celebrating his 94th birthday last December.  He was our most senior founding partner and was a mentor to and role model for virtually anyone who had any connection with him.  Mr. Leake was a truly remarkable man whose innumerable abilities and qualities included a razor-sharp intellect, piercing blue eyes, irrepressible personality, ready smile and peerless integrity.

Mr. Leake grew up in Lake Charles before becoming a LSU undergrad at the end of World War II and then graduating from LSU Law School in 1948, when you could achieve the latter honor without first receiving an undergraduate degree.  He was a lifelong, devoted Tiger fan.

When Mr. Leake started his career as the youngest lawyer at a well-known New Orleans law firm, he could not practice law because he did not reach the required age of 21 until many months after starting that job.  About eight or so years later, Mr. Leake co-founded the first of three different law firms that included his last name, with the last-formed being Leake & Andersson LLP, which opened its doors on October 1, 1987. Over his long and distinguished career, he was widely regarded and well-known as a preeminent attorney and held many leadership positions in a variety of law groups and organizations. While Mr. Leake completely retired from the practice of law about a decade or so ago, his close connections with Leake & Andersson LLP and the legal community continued throughout the remainder of his life.

Mr. Leake was also a passionate, dedicated and highly skilled golfer.  He loved singing at opera productions, in choirs and anywhere else as the mood struck or inspired him.  He never tired of sharing stories or updates about his large and extended family, which included two sons, two daughters, a step-son, a step-daughter and many grandchildren and great-grandchildren.  He adored and was devoted to Martha Ellis Leake, M.D., his wife who predeceased him in 2020 – a photo of the two of them is included with this posting.  We have also included a photograph of Mr. Leake, Shawn Clancy-Lee and W. Paul Andersson.  Mr. Leake first met Shawn in 1981, when she became his legal secretary, a role which she retained until he retired and after which she became and remains the Firm’s Administrator.  Mr. Leake first met Paul when he was around 8 years old and then hired him as an attorney in 1971.

We will all greatly miss and well-remember our much beloved friend, Robert “Bob” E. Leake, Jr. 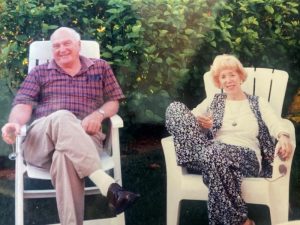 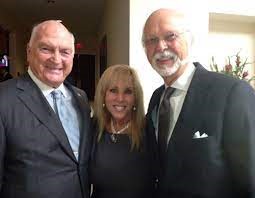 Leake & Andersson is an established litigation and general business practice law firm with offices in New Orleans and Lafayette, Louisiana. The firm represents clients throughout Louisiana and Mississippi. The firm also acts as counsel for clients in certain matters throughout the United States, including class action and mass tort cases, securities arbitration proceedings and insurance coverage disputes. The combined experience and abilities of its attorneys as well as their diverse areas of specialization enable the firm to represent a broad range of individual, business, corporate, and insurance clients.