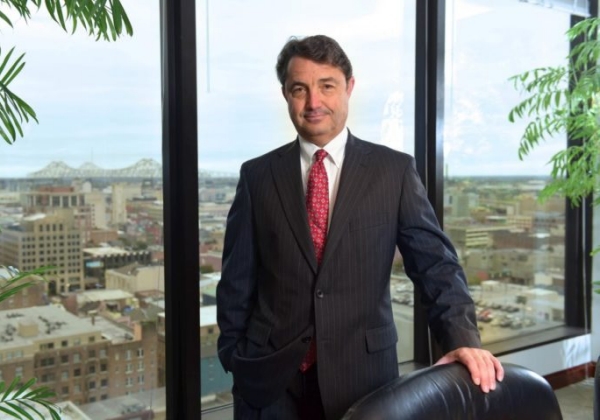 Patrick Wartelle is Of Counsel and heads the firm’s office in Lafayette, Louisiana. Pat was admitted to practice law in 1984, worked as an associate with Milling, Benson, Woodward, Hillyer, Pierson & Miller from 1984 through the end of 1985, and then joined the firm that was eventually known as Roy, Bivins, Judice, Roberts & Wartelle, where he practiced as an associate until 1989, at which point he became a shareholder and director. In 2007, the Roy, Bivins firm merged with Leake & Andersson.

His primary practice areas are medical malpractice defense, general civil defense litigation, commercial litigation, government law, employment law including discrimination cases, corporate and limited liability company formation, public power law, and mediation. He has tried dozens of lawsuits in federal and state courts and participated in many appeals. Pat has successfully represented large corporations, small businesses, governmental entities, and insurance companies in personal injury and property damage cases and in commercial litigation. He has also successfully defended employers in several discrimination and employment-related cases through trials and appeals. He has also handled maritime personal injury cases, including Jones Act, 905(b), general maritime negligence, and LHWCA cases. He has mediated over 250 cases as a mediator.

Mr. Wartelle has been selected for inclusion in the 20th Edition of The Best Lawyers in America in the practice area of Insurance Law.