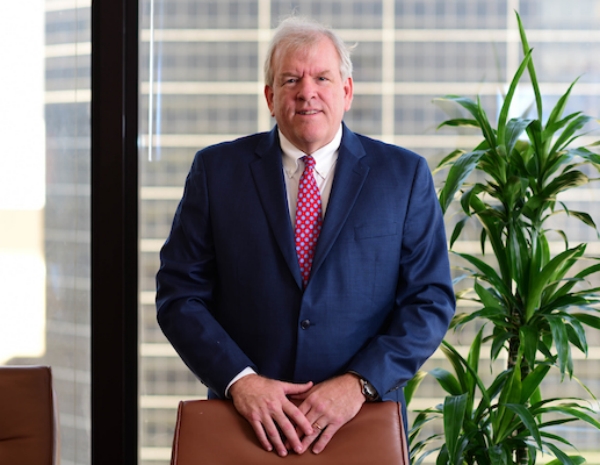 George Fagan is a founding partner and principal of Leake & Andersson, and works at the firm’s New Orleans office. He is the Firm’s practice group leader for appellate, commercial, employment, insurance and professional liability litigation and consultation. George has tried over 40 lawsuits in federal and state courts in Louisiana and Mississippi, and over 20 arbitration hearings and proceedings throughout the United States. He has argued over 70 appeals in state and federal appellate courts. George regularly speaks, chairs panel presentations and publishes papers and articles on topics in his areas of practice, as well as e-discovery, ethics and document retention issues.

George has been included in the Best Lawyers in America listing for over fifteen years. He is “AV” rated by Martindale (highest rating). George is a member of the Federation of Defense and Corporate Counsel and the Council of Litigation Management.

On January 5, 2012, the New Orleans CityBusiness publication announced its selection of George Fagan as a member of the Leadership in Law Class of 2012 based on his professional and community achievements and contributions.

Mr. Fagan has been selected for inclusion in the 20th Edition of The Best Lawyers in America in the practice areas of Litigation – Labor and Management and Insurance Law.

George lives in New Orleans with his wife, son and daughter, and plays guitar in a rock n’ roll band with some very good friends, as he has done since he was a teenager.