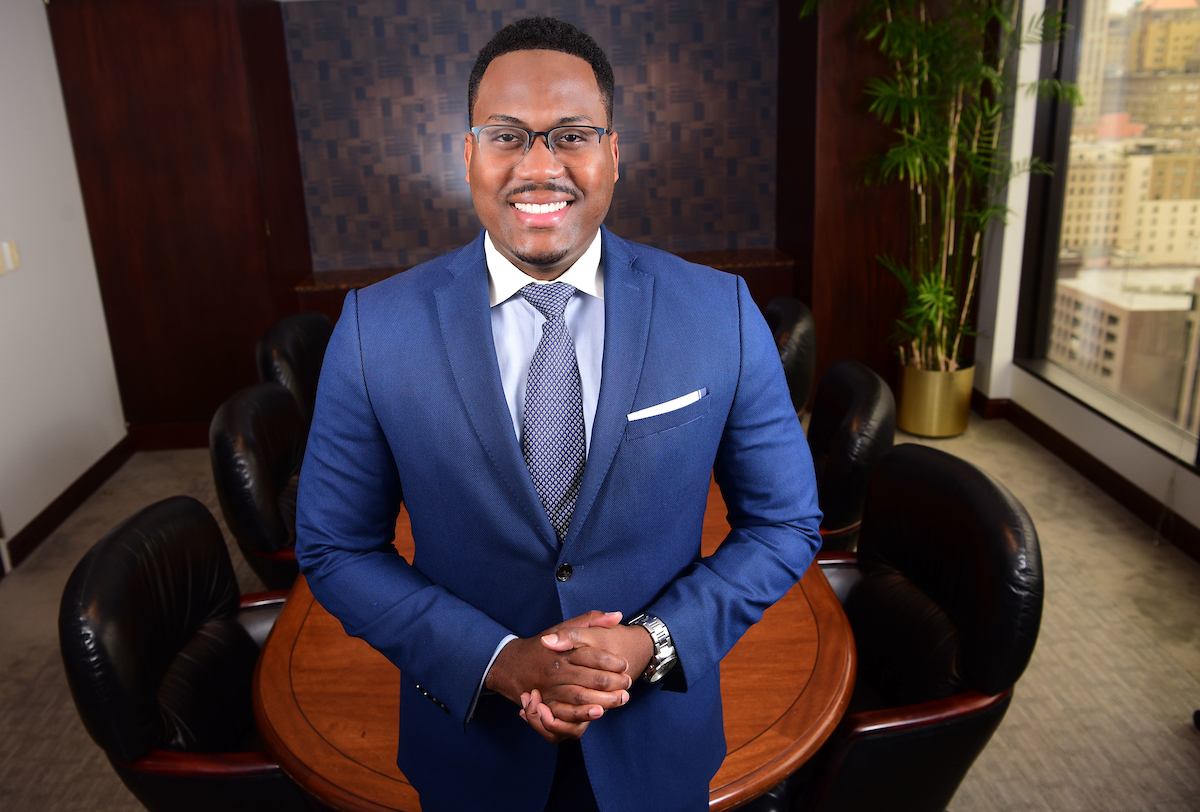 Prior to joining Leake & Andersson, L.L.P., Robert served as an Orleans Public Defender, where he provided client-centered representation and sought to reform the criminal justice system both inside and outside the courtroom. Robert is a proud member of the Greater New Orleans Louis A. Martinet Legal Society; most recently, he served as the chairman for the Political Action Committee and received the 2018 Louis A. Martinet Award. Robert serves his community with the New Orleans Police Department Second District Advisory Board, Urban League of Louisiana Young Professionals – Greater New Orleans Chapter, Court Appointed Special Advocate (CASA) of New Orleans, and Kappa Alpha Psi Fraternity, Incorporated.

Robert was recognized by Gambit’s 40 Under 40 People to Watch in 2020 for the Greater New Orleans area.  Robert was recently elected by the voters of district B to serve on the Orleans Parish Democratic Executive Committee (OPDEC).

Robert is admitted to practice before the state and federal courts of Louisiana.