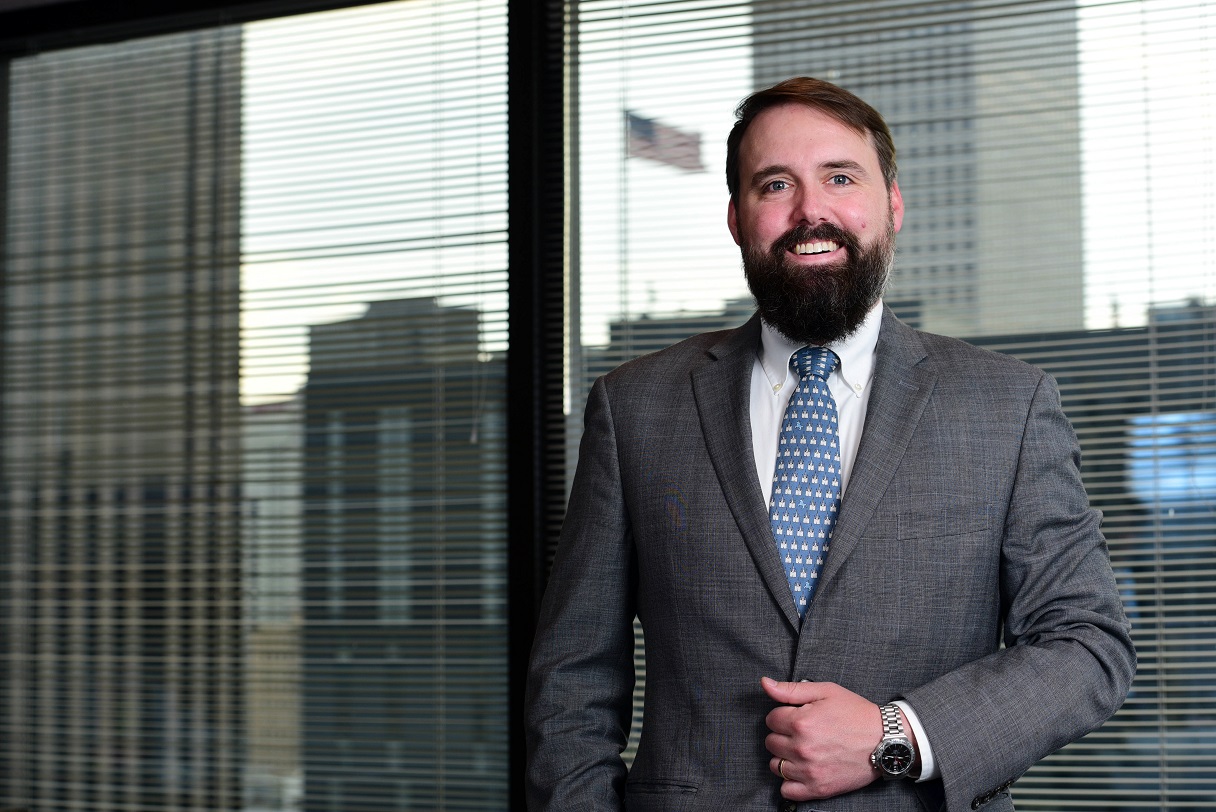 Joseph A. Rychlak is an associate with Leake and Andersson whose practice areas include Commercial, Employment, Insurance Coverage, and Professional Liability litigation.

Prior to joining Leake and Andersson, Joseph clerked for The Honorable John S. Hodge, Bankruptcy Judge for the Western District of Louisiana, Shreveport Division, and then served as a judicial law clerk for The Honorable Meredith S. Grabill, Bankruptcy Judge for the Eastern District of Louisiana.  He then entered private practice and developed litigation experience while practicing bankruptcy law, representing both debtors and creditors.

Joseph is originally from Oxford, Mississippi, but now lives in New Orleans with his wife, Alexandra, whom he met while they were both in law school at Ole Miss.  He is a member of the National World War II Museum’s Young Benefactors Board, The Federalist Society, and the St. Thomas More Catholic Lawyer’s Association.

“‘GOOD TIME HAD BY ALL’: Regulating Police Use of Flash-Bang Grenades in the Execution of Search Warrants,” 87 Mississippi Law Journal: Supra 81 (2018).

“The Crime-Terror Nexus: A Recurring Theme in the European Union and the Council of Europe,” 33 International Enforcement Law Reporter 378 (2017).

“The ICC Prosecutor’s Request to Investigate the Situation in Afghanistan: A Threat or Opportunity?” 33 International Enforcement Law Reporter 423 (2017).